Optometrists everywhere have a story like this. (see my post about cancer found on a routine exam) It’s not just about glasses, eye exams are important for health, even if you can see well. Visit https://saveeyecare.ca and sign the petition, and write to your MPP to protect your family’s access to eye care! 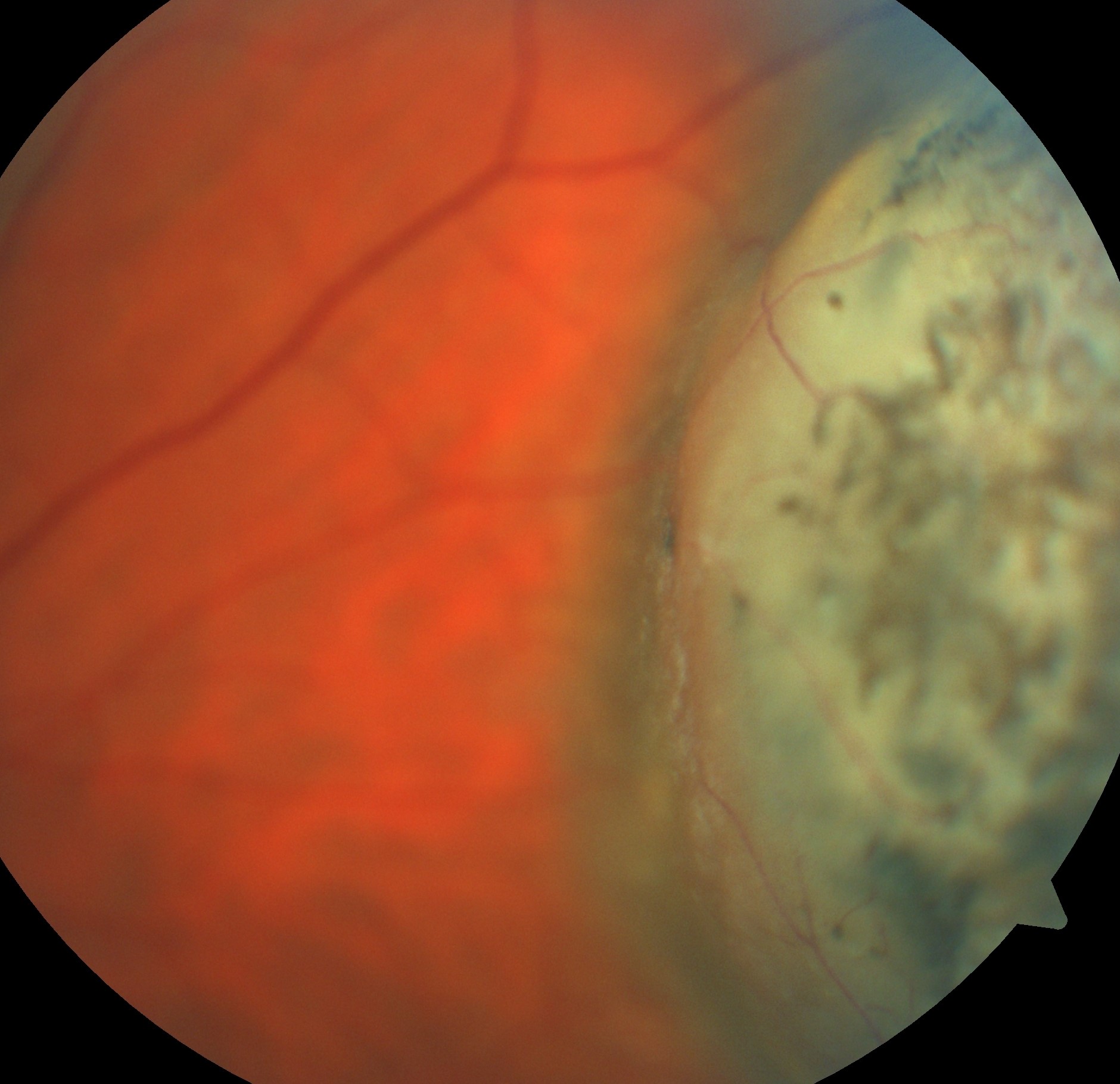 People always think they would notice if something was wrong with their eyes, but that’s not always the case!

I had a patient last year, who had come in just because she felt like she needed stronger reading glasses. In fact, she almost cancelled her appointment because she was busy that day. Everything checked out: distance vison was great, and she did just need a boost for up close. Everything appeared normal up until the very last step of the exam. After dilation, I was able to see to the edges of her retina, and found a choroidal melanoma. Choroidal melanoma is the most common primary malignant eye tumor and the second most common type of primary malignant melanoma in the body. She was referred immediately and received radiation therapy. I saw her again this year, and so far she is doing well  🙂

The first picture below is a straight on view of her retina. Everything looks normal. The second picture is what was visible when she looked to the side. The melanoma was way off on the edge of her retina, which is why she did not have any symptoms or notice any changes in her vision.

A “virtual” sight test would not have caught this. If she was issued a renewed prescription online without a comprehensive eye exam, this would not have been found. #VisionHealthMonth 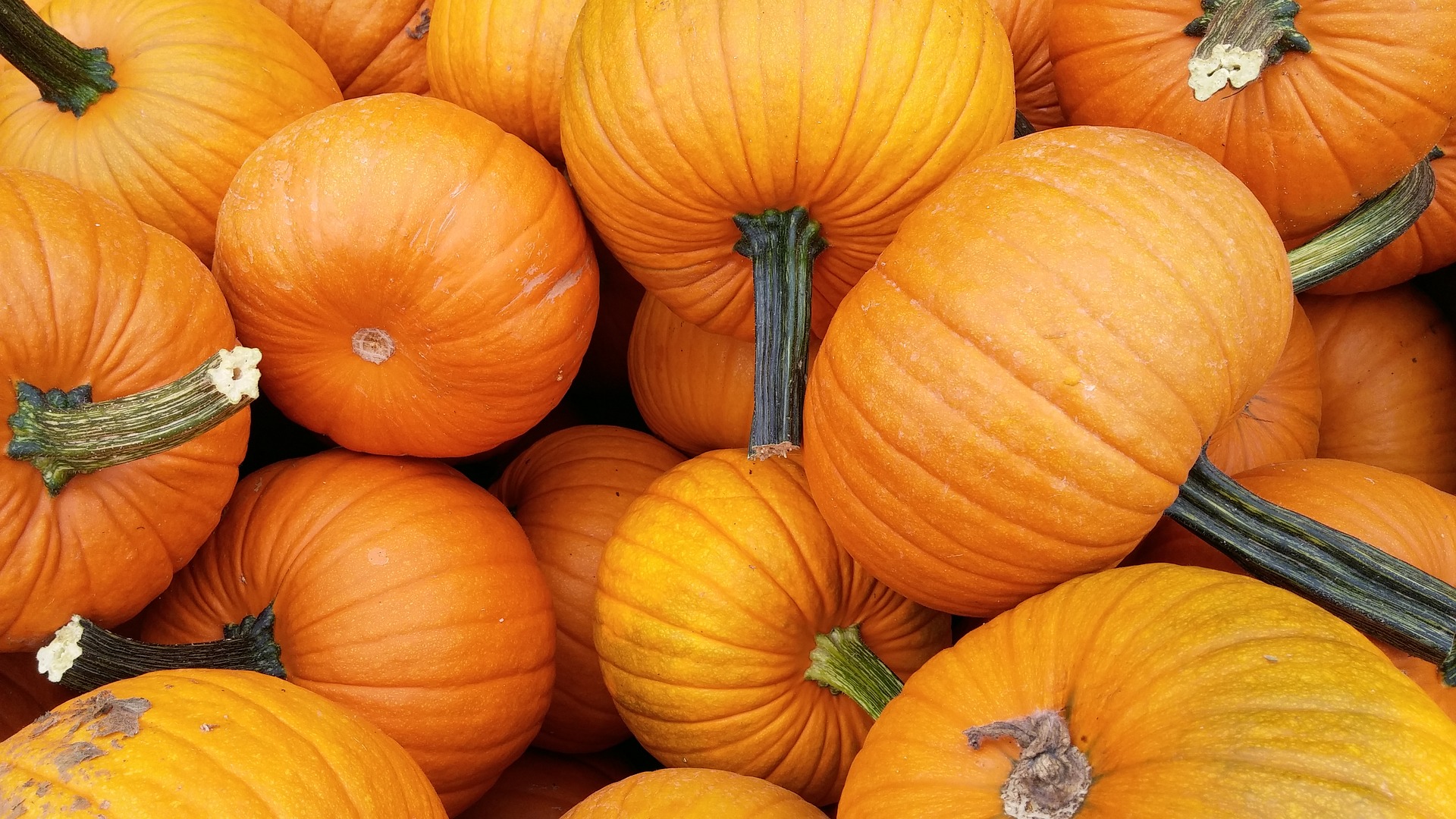 Thanksgiving is just around the corner!
Did you know eating pumpkin has lots of benefits for your eye health? Pumpkins contain beta-carotene, which is a form of vitamin A which helps protect the surface of the eye and decrease the risk of eye diseases like macular degeneration. It also contains antioxidants which help protect the body from diseases such as heart disease and cancer.
However, beta-carotene supplements may increase the risk of lung cancer in people who smoke. The best way to get it and avoid toxicity is from fruits and vegetables. Try a variety of ORANGE vegetables, such as sweet potato, carrots, butternut squash, and of course – pumpkin! Pumpkin seeds also contain a healthy dose of zinc, which helps bring vitamin A to the retina, where it produces melanin as a protective pigment in the eyes. Roast them in the oven for a delicious snack!
Sounds like the perfect excuse to have an extra piece of pumpkin pie this weekend 😉 (just watch out for the added sugar and butter!) Use fresh pumpkin or 100% canned pumpkin rather than pumpkin pie mix to get the maximum benefits.
Wishing everyone a happy and safe long weekend! 🙂
Continue Reading Eat More Pumpkin for Eye Health

Eye exams are not just for glasses! The back of the eye is the only place where blood vessels can be viewed directly without breaking skin, so there are diseases that can by caught by an eye doctor before you start noticing symptoms anywhere else. It is so important to have your eyes checked regularly, even if you think your vision is fine. “Regularly” means at least once every two years, or yearly if there are health problems that run in the family.

Follow the link below to see 14 health problems which your eye doctor can see first, including diabetes, high blood pressure, thyroid dysfunction, and more!

What Eye Exams Can Tell You About Your Overall Health

Continue Reading The Eyes are Windows to Your Health